The best movies for your Valentines Day 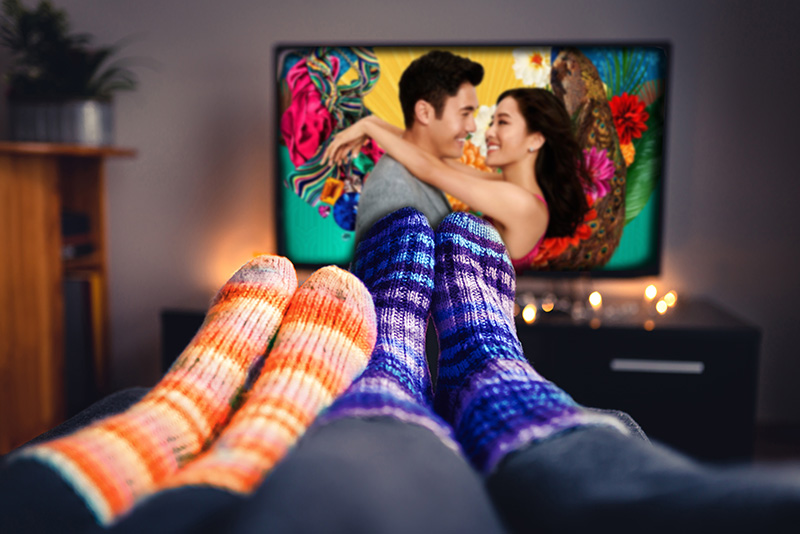 It’s that time of the year again; a time for snuggling under the blanket, cracking open that reasonably priced wine and having a great excuse for ordering some fancy takeout. Yes, it’s time for the stay-at-home Valentine’s Day, that version of the romantic holiday for those who prefer a comfy sofa to squeezing into that suit and tie combo or the dress that cuts off your circulation.

To celebrate the occasion, we at GO have put together a pack of the best romantic movies in Malta outside of Nanna’s wedding video. Whether you want timeless romances or something a little more unusual, we have everything you need.

So we’re going to start off with the film that took the world by storm a couple of years back, and if you want a classic romance story then look no further. Set mainly in the metropolis of Singapore it tells the story of Nick and Rachel, a couple divided by social class, family members and plenty more. This is an Asian take on some of the oldest formulas in romantic cinema. You’re not going to get any surprises in this; you’re going to get a lot of family drama, shock revelations, pregnancies, affairs and everything else. We don’t even need to spoil the ending because you may already be able to guess it.

That said, there’s nothing wrong with the classic romance clichés, whether it’s star-crossed lovers, a forbidden love or any of the rest. If you loved those classic rom-coms of the 80s and 90s then this should be right up your street. The Singapore setting also offers something unique, and seeing those classic formulas crossed with Asian family culture is something fascinating to watch. This is our top pick for that romance comfort food.

And now for something completely different: a teen romantic comedy-drama, originally made for a film festival and focusing entirely on a young gay romance, which is a landmark as it is the first major Hollywood flick to do so. First off though, don’t think of this as one of those old-fashioned teen romance comedies of the 90’s and 00’s; this one is all heart. Simon, a closeted gay high-school student, strikes up an online conversation with another, anonymous secretly gay schoolmate, and spends the rest of the movie trying to work out who it is. This is mingled in with a web of romances that could be fresh out of a Shakespeare play.

This one is perfect if you love a more down-to-earth style in your movies and has plenty of laughs and heart-warming moments (and heart-breaking ones too!) so this is probably your light, feel-good choice of the bunch. Our top pick for getting that fuzzy feeling.

Once again, we hop clear across the genre lines and land squarely in this historical romantic piece, set in the not-so-romantic setting of World War 1 Istanbul. Make no mistake: this is no soppy rom-com and you shouldn’t come into this wanting something comfy to snuggle into. We see a wealthy, slightly naïve nurse fly to the Ottoman Empire (now mainly Turkey) to work in a medical mission out in the countryside, along the way falling for eponymous lieutenant in the Imperial Ottoman Empire. You’re going to get love triangles, a fair bit of violence and plenty of tension, although we can’t recommend watching it for the historical accuracy!

This is for you if you prefer The English Patient and Wuthering Heights over The Wedding Singer and Love, Actually: go for this movie if you’re trying to avoid any cheesy story lines this Valentine’s Day.

Do we even need to introduce this one? The finale of one of the biggest breakout success franchises of the last decade, this one wraps up the story of Anastasia and Christian, now as Mrs and Mr Grey respectively, with the newlyweds trying to start their life together against the odds of a few old faces. Fans of the previous two films can expect more of the same tone and, to put it delicately, activities, but this time with a few twists, turns and surprises along the way. It’s dramatic, dark and risqué and brings an end to the whole phenomena.

Let’s face it, these films have always been pushed towards the ladies as a bit of a guilty pleasure, but there’s nothing stopping a couple enjoying the drama and angst together on Valentine’s Day. We’re taking no responsibility for your imagination though.

Ok, we’re back in safer rom-com territory again with 2016’s How to be Single, even though this one actually shares a leading lady with our previous entry in Dakota Johnson. This one couldn’t be further apart from the Fifty Shades franchise though; Rebel Wilson and Damon Wayans Jr both have major roles here which should be a good indication of the direction of this one. It follows lead character Alice – apparently the most common name in romance – through a few months of her life in which she and the people around her go through different stages of the whole relationship cycle, eventually leading to a few life-changing realisations about relationships as a whole.

In all honesty, this is a bit of an unusual Valentine’s pick as there are probably more breakups here than soulmates. It’s fun and entertaining for everyone but would especially appeal to those just didn’t fancy going through all the cheesy cards and cheap flowers this year. Just as good to watch with a partner, your friends or by yourself. You do you.

So there you have it; a film for every kind of Valentine’s Day, whether you love the classic easy-watchers, the hard hitting dramas or maybe something a little spicier. All these movies and so many more will be available this Valentine’s Day on GO Stars, available now on the Movies and Series Pass with our Mix & Match Home Packs. To get more info, check out the Movies and Series page on the GO website or head to one of our outlets to find out more.

And remember: if Die Hard counts as a Christmas movie, Deadpool counts as a Valentine’s movie, just in case you want another option.