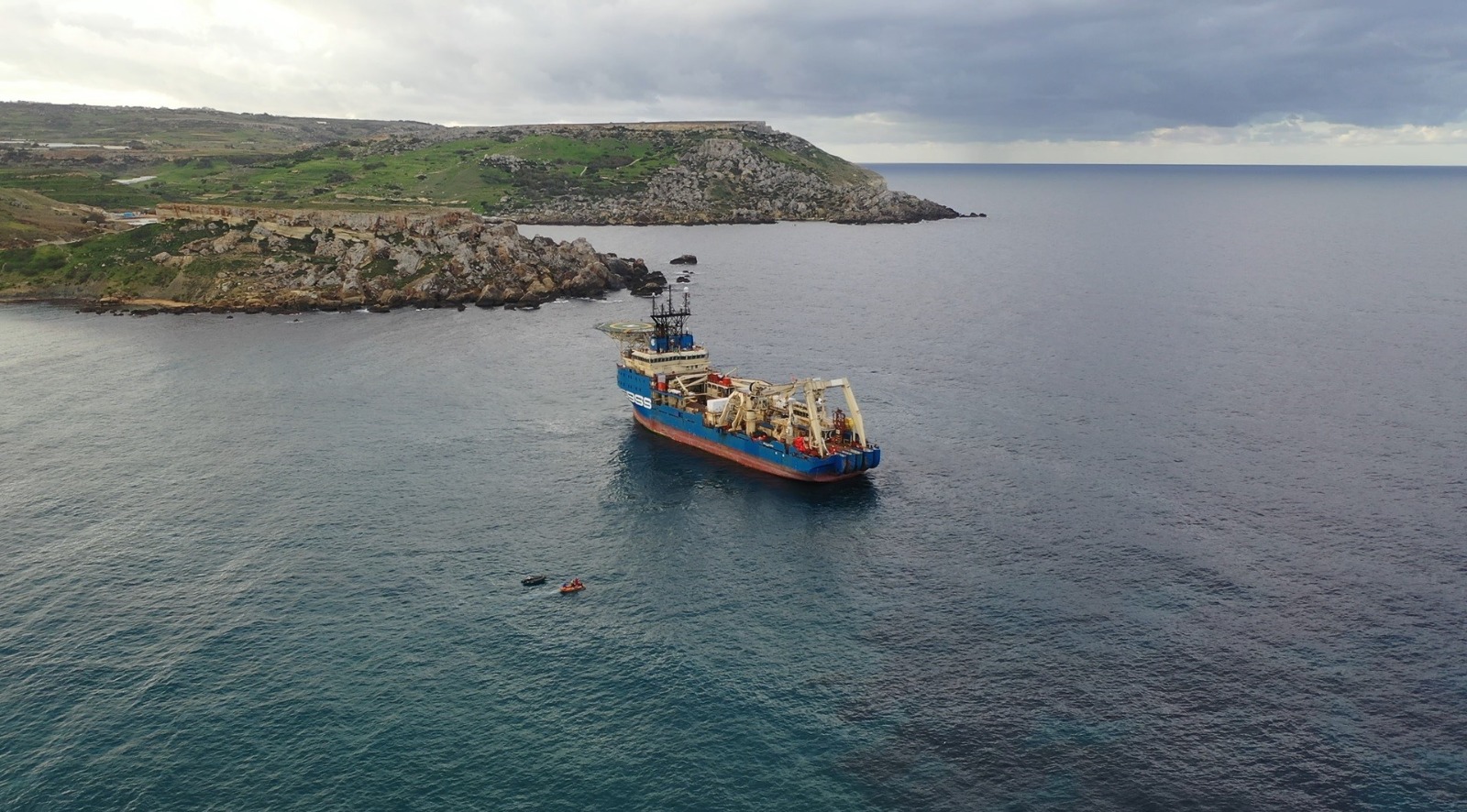 With the start of winter comes the start of the final phase of the PEACE project, an investment by GO of €25 million in a 3rd submarine cable which will directly connect Malta to France, Egypt, and beyond.

The 55km ‘LaValette’ branch to Malta started being laid down this morning in Golden Bay and will connect Malta to the 3214Km Mediterranean stretch between Marseille and Egypt.

This project makes GO the first Maltese operator to have additional redundancy on international connectivity other than to Italy. In fact, this is the first repeatered cable to be laid to the Maltese islands which will provide up to 16Tbps (Tera Bits per Second) and provide a lower round trip delay over what can be offered today to Marseille.

On the 4th of August of this year, laying started in the Abu Talat (Egypt) area towards the Branching Unit of Cyprus. This operation was completed on the 23rd of August. From the 25th of August till the 31st the segment to Cyprus was laid with post lay operations taking till the 13th of September. The segment towards the Malta branch unit was then laid with the full operation being completed on the 17th of October.

The cable lay in Golden bay is the final phase of the operation. Once the cable reaches land, it will be connected to the land equipment and tested to verify connectivity. The Cable will also be protected on shore and in the sea and will also be secured to the seabed to avoid damage.

End to end testing is estimated to happen in January or early February 2022 with full connectivity estimated to kick start in March 2022.