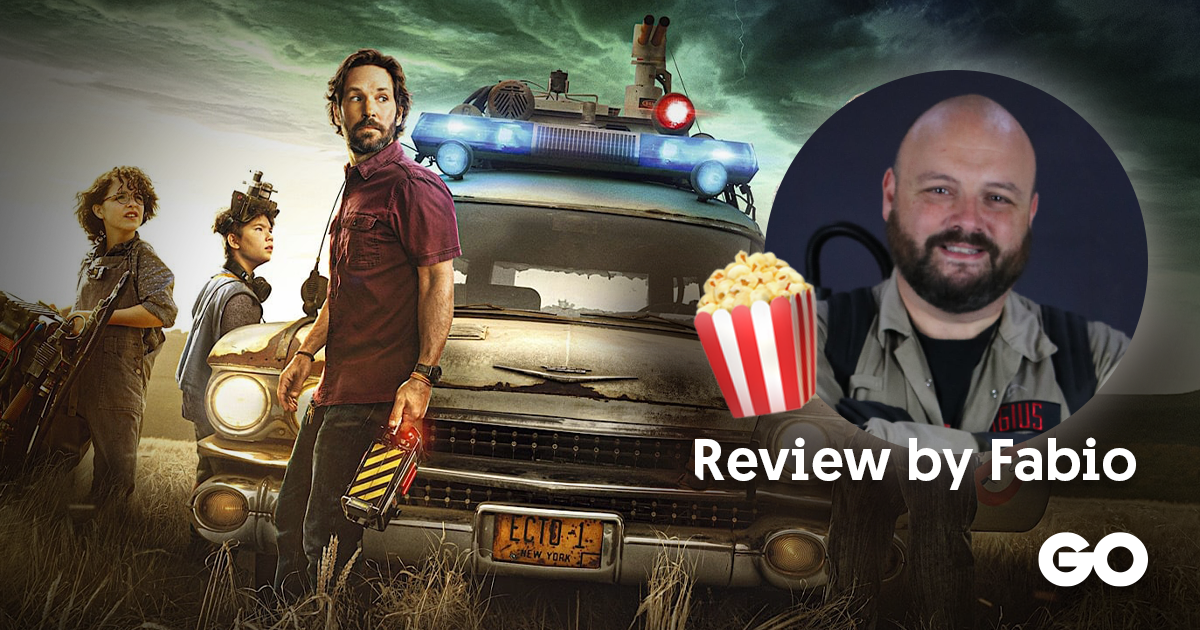 Ghostbusters might be one of the franchises I have most at heart. I was introduced to it by the 80s animated series The Real Ghostbusters and the Commodore 64 videogame, which made me a diehard fan. The 1984 movie was one of the best paranormal comedies of its time, followed by its sequel Ghostbusters II in 1989. There were various attempts to revitalise the franchise throughout the years and in my opinion, Ghostbusters: The videogame in 2009 was the best sequel for the movies. The death of Harold Ramis (Egon Spengler) in 2014 marked what seemed an end to the movie franchise after various discussions for a sequel. Then came the 2016 all-female catastrophe Ghostbusters movie, which is better left alone to rot on the ‘DVD/Blueray discount’ bucket in supermarkets.

Then came Director Jason Reitman, who promised everyone, especially fans, that he would grab his father’s (Ivan Reitman) torch and direct a new Ghostbusters movie hence Ghostbusters: Afterlife came to life (pun intended). I was skeptical at first, thinking that after Ramis’ death, the new movie would just be a cash grab, but after a couple of teasers and the actual trailer, I said to myself that the guy knew what he was doing. He left the public with many questions like, will there be the old Ghostbusters featuring in it? If yes, what will they do without Egon? Will this new generation of Ghostbusters be fun and relatable like the old cast?

The time came to watch the movie at the cinema. Ghostbusters: Afterlife was beyond my expectations. It was very faithful to the source material, the new cast was fresh and appealing to younger audiences and it was, as described by many critics, a soft reboot of the franchise. Yes, the movie did a soft reboot while respecting the Ghostbusters legacy, unlike the 2016 all-female movie, which completely neglected the original films by inserting political agendas. The special effects, the Easter eggs, the witty jokes and the music score were excellent. The ending gave a perfect conclusion to the old Ghostbusters movies. It was touching and left me with tears in my eyes, while the two post-credits scenes left the public with a hint that there would be further sequels.

If you’re looking for good and straightforward family fun, I really suggest you watch this movie. It’s a classic popcorn movie. 7.8 from me.