House of the Dragon review by Fabio Agius 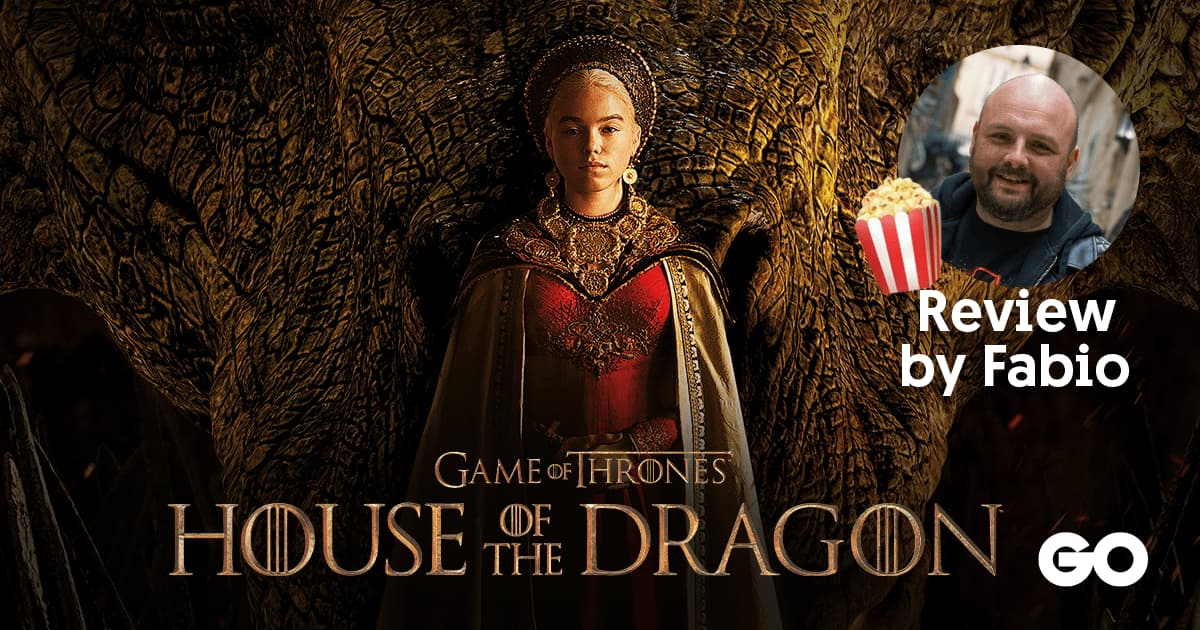 After the end of Game of Thrones, which left a bit of a bitter taste in our creative minds, audiences were left with a sense of incompleteness. HBO promptly took advantage of something to continue milking the franchise by giving us spinoffs, hence House of the Dragon. At first, I was a bit sceptic about committing myself to another series, but I said to myself, also influenced by the promotional visuals, that this series was worth the try. Ladies and gents, if you liked Game of Thrones, you will love this series.

The first episode kicks off immediately filled with action, sex and violence like its predecessor, but one can immediately notice that the direction of this series is different. The visuals are on a lighter tone, the dragons are sleeker and I noticed that some of them (at least one) have saddles indicating that these creatures are an essential part of their kingdom, hence the series title. Finally, we look deeper at Targaryen’s life before becoming the nomadic tribe we see in Game of Thrones. The population attire leans more into fantasy rather than the “middle ages” clothing of other kingdoms in the Game of Thrones universe. I loved the backgrounds, interior decoration and props, intertwining the population’s love for dragons into their everyday life.

House of the Dragon’s first episode also comes with a controversial birth scene where audiences have been shocked to the core by the gruesome violence that it portrays. Some people state that the public should have been warned about it. If you ask me… it’s a Game of Thrones spinoff people! What were you expecting? I bet they were okay with the bashing of heads in jousting five seconds earlier in the show.

In a nutshell, if you’re a Game of Thrones fan, this series is not to be missed; if you’re not, it will be worthwhile. You can ignore the previous series and watch this on its own. Obviously, the most comfortable way to watch this series here in Malta is on GO TV, which I always recommend.