It’s Malta’s Got Talent season and we’re excited to show you everything we have to offer. By now, you should know that we are showing unseen exclusive auditions on GO TV. Basically you won’t be able to find these anywhere else because we wanted to know everything the participants had to offer.

Due to Covid-19, we can’t see or hear the usual audience excitement or reactions but considering everything that’s happened this year, we’re glad that this TV show still aired, bringing some morale to the general public.

Here are some snippets from our exclusive Golden Buzzer interviews: 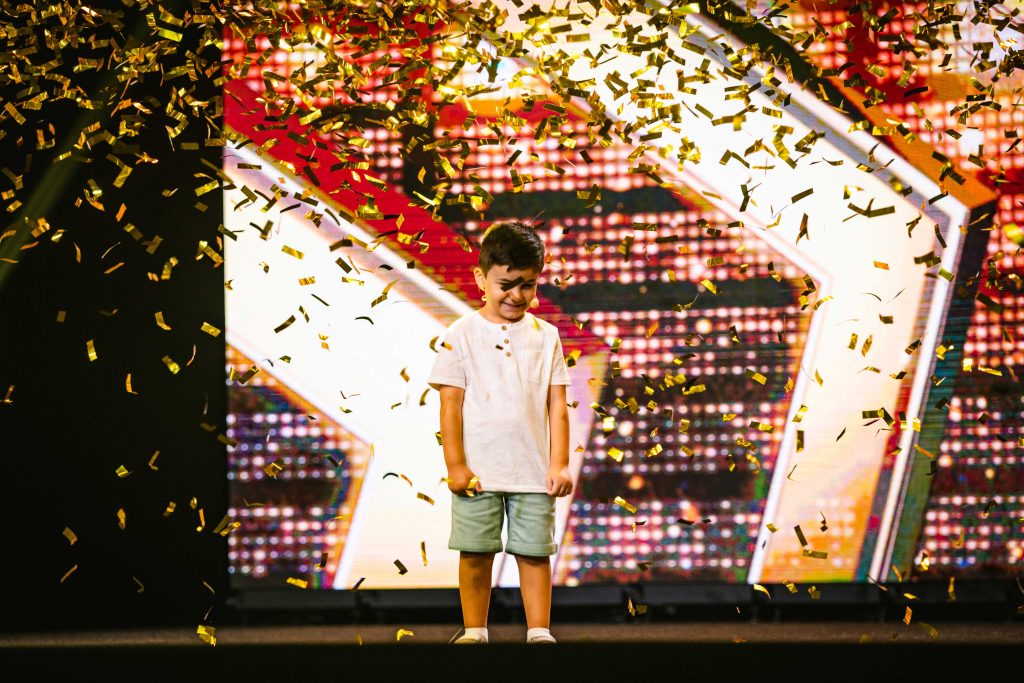 Shy but confident, Kristian wowed audiences with his intense geographical knowledge by naming a bunch of countries most of us would find it very difficult to remember. The five-year-old astounded judges as they couldn’t believe how many countries he managed to pinpoint from all over the world. From France to Myanmar, he named each country right off the bat stunning not only the judges but audiences who were watching the show at home. During our exclusive interviews, we found out that he’s learnt all this geographical knowledge from YouTube! When asked why he decided to audition for Malta’s Got Talent, he said that he wanted to showcase all the countries he’s learnt about and was excited to be on television.

Besides naming an array of global cities and countries, he also loves puzzles. At the moment he’s doing a 500 piece puzzle with his dad which needless to say is a great feat for a five year old. His family devotes a lot of time to Kristian and his dad helped him develop his love of geography by cutting out the countries of the world out of cardboard and sticking them onto a map as a sort of craft. Kristian clearly has a bright future ahead of him and when asked what he wants to be when he grows up, he said he’d like to be teacher as it sounds like fun. When asked how he applied for Malta’s Got Talent, his mum, Mary Grace, said that friends and family nudged her into applying for Kristian as to her, his talents were ‘normal’. She saw the Malta’s Got Talent advert on TV one day and then said why not! 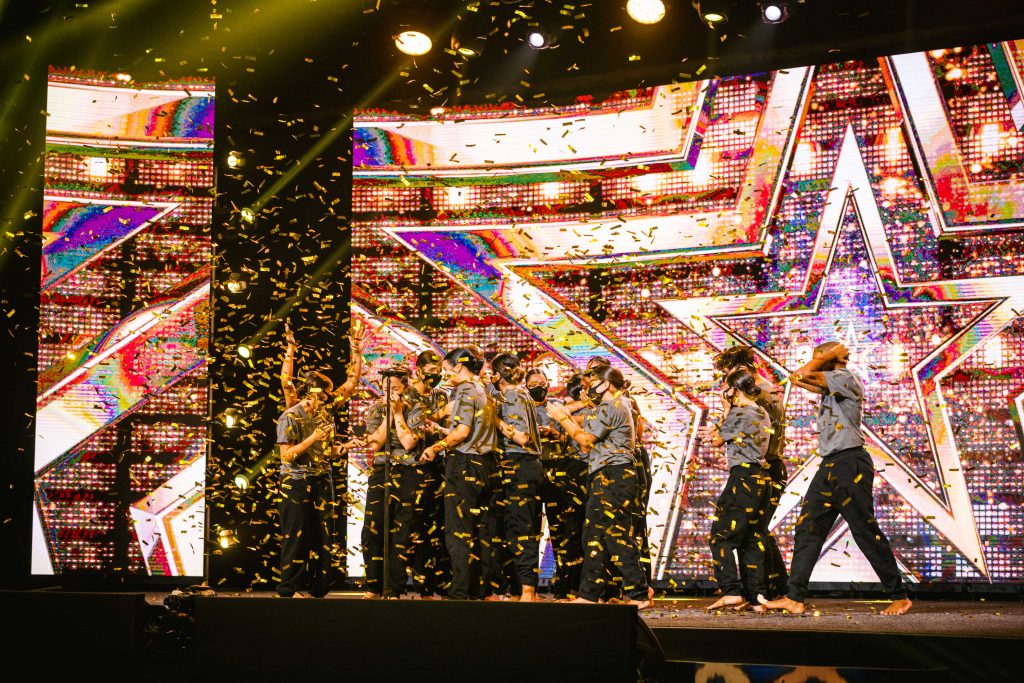 The Movement were the second group to receive the golden buzzer from none other than the renowned judge Keith Howard! He stunned audiences and the insanely talented dance group with his classic poker face and quick pounce when pressing the golden buzzer. This led to a frenzy of excitement. He then complemented them on how ‘tight’ they were as it annoys him when dance groups are ‘all over the place.’ They never dreamed of actually getting through or even getting a Golden Buzzer. They believed that they had what it takes and through sheer strength and determination (and lots of practice) they managed to get through. Cheryl Lofreda was speechless the second they got through and later commended her team for all the hard work. During our one-to-one interviews, Cheryl mentioned how they previously won ‘World of Dance’ in Switzerland and were planning on entering other competitions this year but due to covid they got cancelled. However, they didn’t lose hope. They soon saw the Malta’s Got Talent advert on TV and decided to give it a shot. Cheryl said that it is so important to work towards set goals and aspirations and if you inject enough hard work and persevere, you’ll get there. She is the guiding light for her team who range in age from 11 to 27 and supports her team in their endeavours. The team also voiced the fact that they’re trying to be as responsible as possible during Covid. They’re all trying not to go to crowded places and even wear masks during training. The team is very dedicated and lately, they’ve spent more time during rehearsals than with their own family to prepare for the show. The group essentially is their second family.

Nicole Hammett wowed audiences with her mash-up of Mozart’s Der Holle Rache (Hell’s Rage) and AC/DC’s Highway To Hell. The judges got chills listening to Nicole and were quite impressed with her vocal range across different genres. Nicole was in shock when Sarah Zerafa pressed the golden buzzer. She was quite surprised as there were a lot of talented people and didn’t believe she’d even get through. She is so grateful for the opportunity to even get the chance to sing on stage so she’s trying to take everything step by step. She said it took a lot of work to join two separate genres into once song but enjoyed the challenge nonetheless.

When asked when she started singing, she said that she started off singing in school musicals at just 9 years old. At 10/11 she then started singing pop songs. Ultimately, she was inspired by her grandfather who used to be a tenor and used to sing on ‘Rediffusion’ back in the day. Although she never met him, she feels closer to him when singing classical music. She looks up to her grandparents and how strong her grandmother was even though she had breast cancer in the final years of her life as she never complained and was a very strong person. This inspires her to keep going forward with whatever happens in life and to be strong.

When asked how she dealt with Covid, she said that it took a toll on her mental health. She couldn’t meet her friends or sing during events or festivals and barely even met her boyfriend as he is vulnerable, so it wasn’t easy. She said that we should try to make ourselves happy by doing whatever makes us happy and to try and be as positive as we can during this difficult time. Besides singing, she dances, likes to decorate her nails and experiments with her own makeup. 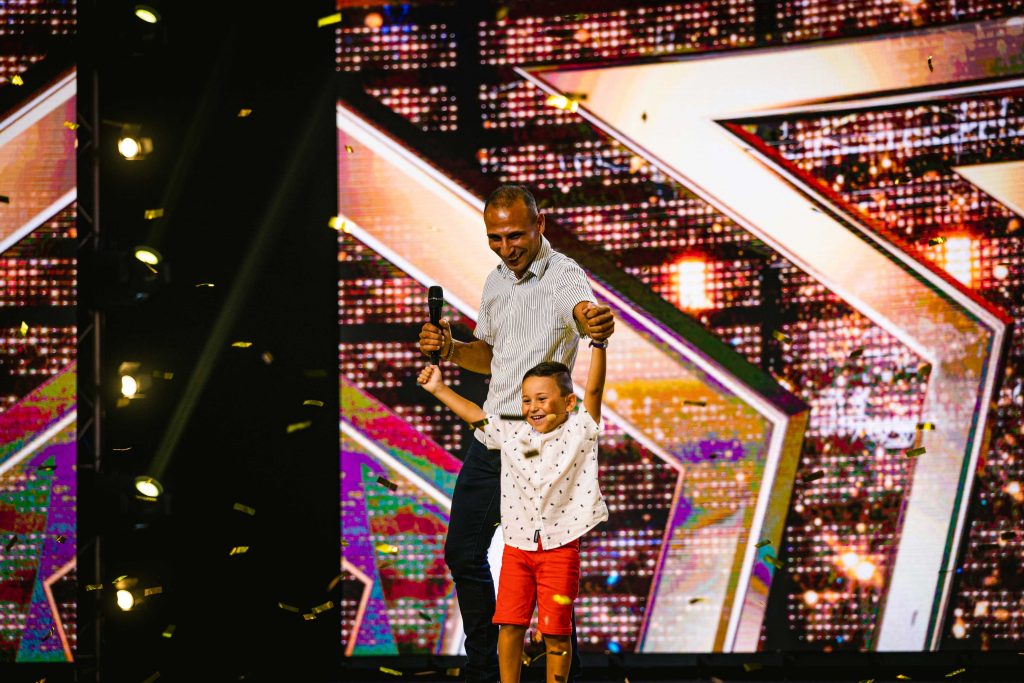 Five-year-old Lydon Agius and father Joemike received the fourth Golden Buzzer during their traditional Maltese ‘makjetti’ – a folk song deeply embedded in Maltese culture. During our one-to-one interview, they voiced the fact that we need to continue to uphold these Maltese traditions to preserve our culture. Joemike and Lydon were surprised when host Gordon Bonello rushed from backstage and hopped onto the judges table, slamming the golden buzzer- automatically sending them to the semi-final. The duo from Fgura are proud of this achievement and were commended for their talent. Ultimately, it was Joe’s idea to enter Malta’s Got Talent. His son Lydon has been folk singing for one and a half years with his dad who said that you are either born a folk singer or not. He used to tell his wife that their son is going to continue this tradition within their family and they used to jokingly brush it off until he started to showcase his talent. At just 3.5 years old he took part in a local folk singing group whereby they improvised and his dad was astounded. He said that his son used to save his verses as he used to forget them a lot. He is surprised at how confident Lydon is how he doesn’t get anxious at all. Joe said that he took part in Malta’s Got Talent to give his son an opportunity to showcase his talent as he believes he can kick-start his future singing career with this experience. When asked if he thinks traditional folk singing is dying, he disagreed as (before covid) they were meeting at least 3 times a week and performing in local villages. He said it is very important that it is done well though- if they don’t sing very clear, people lose interest quickly. 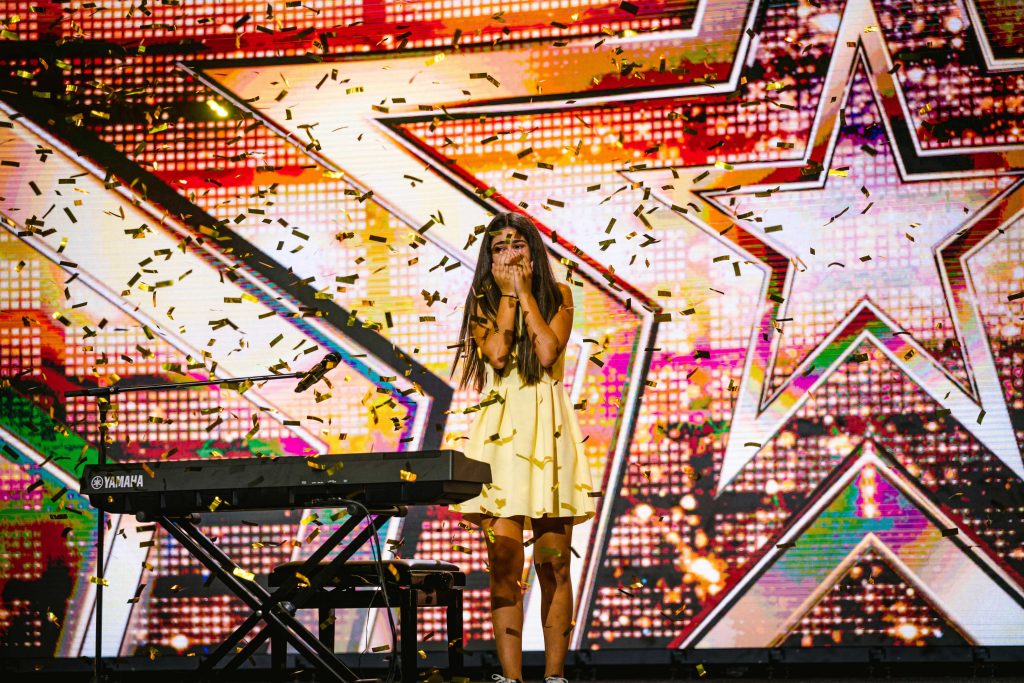 Emma Cutajar –singer and songwriter- amazed the judges with her song ‘I Miss You’ dedicated to her sister who died before she was born. Judge Maxine Aquilina teared up during the song as it hit a strong emotional chord. Due to the personal nature of the song, the judges were amazed at her vocal range and talent and this catapulted her into the semi-finals in the final episode of the Malta’s Got Talent auditions.

During her interview, Emma said that she couldn’t even believe that she got the Golden Buzzer as it was almost like a dream. She said that she couldn’t have done it all without the support of her family and friends throughout her journey. She always wondered how her life would be if her sister was there with her. She’s sure she would have supported her like the rest of her family does as she feels closer to her when she’s singing. When asked how she became interested in music, she said that she was inspired by her grandfather. He used to be a musician and instilled his love of music in her. She remembers going over to her grandparents’ house when she was 4 years old and singing songs with her grandfather. Since then, she’s not only invested time in singing songs but also writing them.

Besides singing, Emma also acts and plays netball. She also mentioned how she wants to be a lawyer when she grows up so she’s got a bright future ahead of her. With regards to Covid, she said that she tries to be as positive as possible. Even though it’s been a hard year, she said we should try to be as positive as we can and listen to the advice from the health authorities.

When asked what she would do if she had to win Malta’s Got Talent, she said she’ll use the money to create her own an album and also donate some to charity.

Watch all the exclusive interviews on GO TV on demand.