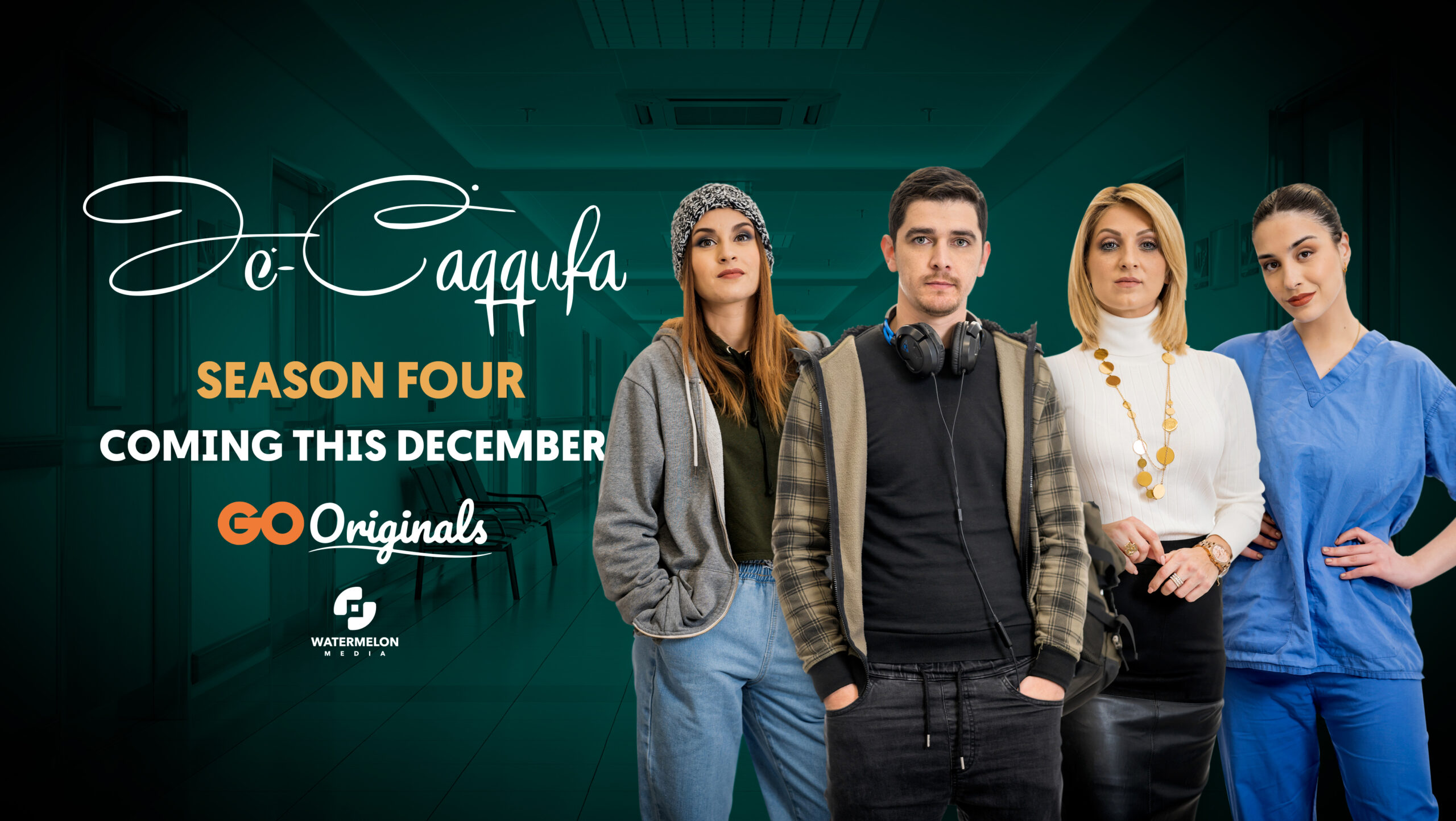 Thousands of fans of Iċ-Ċaqqufa will be excited to learn that the epic story of Rose, a fictional character of a doctor and pharmaceutical entrepreneur, will be back with fifteen new episodes for a fourth season. The popular TV series which ran on local TV screens between 2013 and 2016, will return exclusively to GO Originals this December.

“We are delighted to be collaborating with another local producer to bring our customers even more exclusive Maltese content they love. The feedback received on our last production Chalet, launched last December, was overwhelmingly positive and was all the encouragement we needed to continue investing in more local TV productions,” said Alison Mercieca, Senior Manager, Marketing.

“We have been consistently investing in our TV offering, from improving our TV interface, introducing more interactive features and also investing in foreign content. However, we fully appreciate the love our customers have for Maltese content, so this was a natural progression for us. Ultimately, we want to bring more value added to our customers,” added Alison.

Iċ-Ċaqqufa is the only Maltese TV series to portray four generations of life in Malta. Watermelon Media gave Maltese audiences nostalgic cinematographic scenes from the 1930s until today. The project can be described as a unique opportunity that documents the changing times in Malta’s past century in a dramatic screenplay.

“It is not just about bringing new content to our customers but also about preserving our cultural heritage through such productions. We understand the challenges that production houses have, so partnering with these and bringing together mutual strengths and experiences just made sense to us,” explains Alison.

Author and producer Pierre Portelli described the upcoming fourth season of Iċ-Ċaqqufa as “another opportunity to challenge society’s mentality and culture.”

Spanning a 30-year career in the media, Portelli admits: “I intentionally bring what is expected to happen in the near future to the present day to cause a debate on things to come.” Many of the main actors known for their part in the series will return while casting fresh talent for new characters is underway. In addition, seasoned director Bryan Muscat was selected by Watermelon Media to direct the new season of Iċ-Ċaqqufa. For the past 18 years, Watermelon Media has produced some of Malta’s most challenging and popular shows for all three local TV stations. “As we celebrate the 10th anniversary of Iċ-Ċaqqufa, working with GO is a new experience we are very excited to embark on.

It shows that the hard work put in by Maltese actors and talented crew is recognised and appreciated,” says Watermelon’s media director Diane Portelli.

GO Originals subscribers will have the opportunity to watch all past episodes on-demand on Tokis on GO TV’s digital platform available to all GO subscribers as of December.

Season 1 focused on the childhood years of Rose (Geordie Schembri/Chanelle Bonaci/Lara Azzopardi), born in the ’70s into a household dominated by her grandmother Karla (Veronica Debono). Season 2 took its audience to the ’30s and ’40s to show Karla’s hardship as a child living through World War Two. We saw Rose (Lara Azzopardi) as a female professional struggling against a misogynistic culture in season 3. As promised at the end of season 3, the story in season 4 will continue in the year 2022 unravelling the effects on Rose’s son, Michael (Ryan Galea), after years of confrontation with his biological father.