Halloween movies: Prepare yourself for a scary evening in 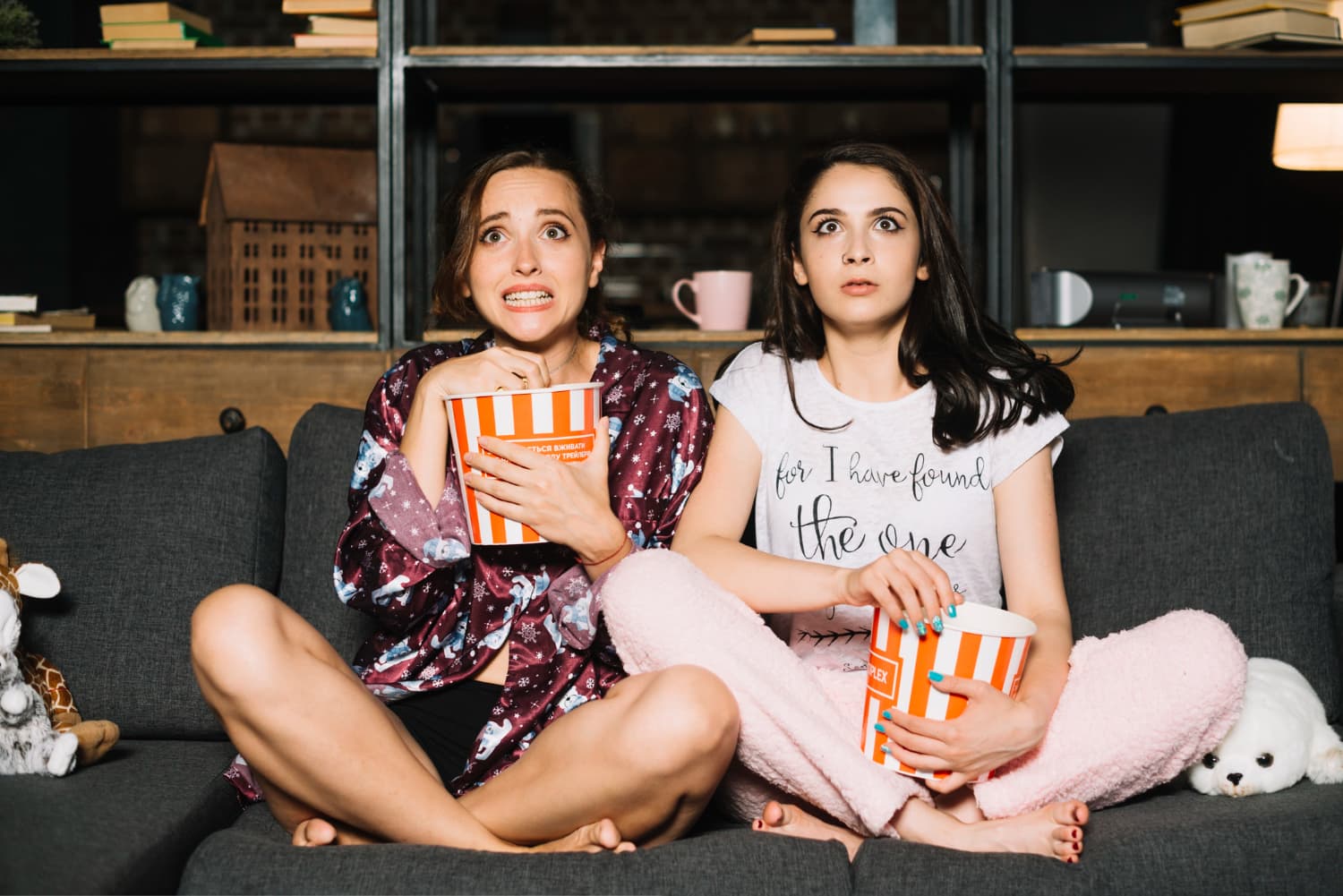 Christmas has its lights, trees and music, Valentine’s has its chocolates, but Halloween wouldn’t be just what it is without the scary movies that go along with it. As we approach the spooky season, it’s time to turn the lights down low, get your heart racing and body ready to jump off the sofa each time there’s a loud noise.

From the ultimate slasher to the supernatural drama, here are some movies for a Halloween movie marathon. We’ve also compiled a lighter, not-too-scary list for all the family to enjoy. So grab the popcorn, gather your blanket and prepare yourself for a scary good time. We dare you not to close your eyes and scream. Oscar nominee Vera Farmiga and Golden Globe nominee Patrick Wilson star in this threequel that tells the chilling true story of acclaimed paranormal investigators Ed and Lorraine Warren. As the ghostbusting duo are called to help a family terrorized by a dark presence in their secluded farmhouse, they have to deal with one of the most sensational cases from their files.

Brought to you by the writers of The Reaping and the creator of the Saw films, The Conjuring features terror, murder and unknown evil that is set to keep you on the edge of your seat and your eyes glued on your device. Jamie Lee Curtis returns to her iconic role as Laurie Strode who confronts her long-time foe Michael Myers, the masked figure who has haunted her since she narrowly escaped his killing spree on Halloween night four decades ago. Locked up in an institution, Myers manages to escape when his bus transfer goes awry and Laurie now has to face him as he returns to Haddonfield, Ilinois.

This ultimate slasher brings together John Carpenter, director David Gordon Green and producer Jason Blum together for this follow up to Carpenter’s 1978 classic.

When to watch: On demand Based on James Herbert’s 1983 novel Shrine, The Unholy follows hearing-impaired girl Alice who is visited by the Virgin Mary and can suddenly hear, speak and heal the sick. As people flock to witness her miracles, a disgraced journalist, played by none other than Jeffrey Dean Morgan visits the small town to investigate in the hopes of reviving his career. As terrifying events begin to unfold, he starts to question if these phenomena are the works of the Virgin Mary or something much more sinister.

Albeit it has a somewhat predictable story, the movie has some good jump scares and a plot that doesn’t drag, making it a great religious horror movie fit to chill your soul.

Halloween movies for all the family The animated movie by Pixar Amination Studios is a celebration of the Day of the Dead or Dia De Los Muertos, the Mexican holiday that begins the night after Halloween. With plenty of skeletons appearing throughout the film, this is a great alternative for younger kids.

An aspiring musician despite his family’s decade-long ban on music, Miguel wants to become an accomplished musician just like his idol Ernesto de la Cruz. After finding himself in the land of the dead, Miguel embarks on an extraordinary journey where he learns all about his family’s past. The quintessentially macabre and mysterious Addams family moves to the suburbs, but their eerie mansion at the top of the hill is standing in the way of hostile reality show host Margaux Needler’s dream of selling all the houses in the neighbourhood and Wednesday Addam’s flourishing friendship with Needler’s daughter is only making things worse.

With its star-studded voice cast, beloved, kooky characters and eye-catching animation, this is a Halloween must for all the family.

For the tweens and teens in the house, Trico Tri offers frights intertwined with humorous situations as a Hispanic family moves back to Miami from California to take care of their recently widowed grandmother. But as they settle in, they soon discover that the house they’ve moved into is home to two infamous ghosts.

As their superstitious grandma becomes curious about the house, Halloween ensues, all the while a bunch of high schoolers plan to throw an epic party. While strictly speaking Rajt ma Rajtx is a series and not a movie, it’s brimming with stories of the paranormal fit to give you the creeps, making it an ideal alternative to the typical movies you’re expected to watch during the Halloween season. Haunted houses, family curses and ghost stories all come to life through chilling reconstructions of these events.

Featuring different stories in each episode and coupled with good acting, what makes this series even more hair-raising is the fact that these encounters hit closer to home, making this series worth its while.

Wondering how you can watch these films? Whether you’re looking to stream unlimited content on any device and internet connection or boost your Home Pack with a TV Pass, we’ve got a variety of TV plans for you to choose from.

Want to watch some more? Take a look at these top scary movies.